A while ago I met a guy on a boat.  Okay, that’s about as vague as the sky in my life.  The boat was the Juliette (NOT to be confused with the Juliet….).  We were two solo travelers on a snorkeling trip in Grenada.  He had a mustache- I knew this wasn’t going to start off well for him (it can be very difficult for a snorkel mask to seal on ones face when facial hair is present).  After choking down some phytoplankton filled sea water Greg was none too fond of such an invasive ocean experience.  I offered to not only hold his hand on his next attempt but also mentioned, probably more than once, that I would be super willing to simply shove his mustached face back in the water- shockingly he declined my well intentioned offers.

Flash forward to a year and a half later, and my salt water inhaling snorkeling buddy is an official videographer who has the very tough obligation to board whale watching boats in Provincetown, MA every single day.  I can see the joy on his face and hear it in his voice when he explains what he does for a living.

I finally had the privilege to join Greg and the Dolphin Fleet Whale Watch crew for an entire day of humpback happiness in Stellwagen Marine Sanctuary.  With the exception of the Juliet, when I am working on a boat (fishing, drilling, etc) we are generally trying to avoid marine mammals.  It was immensely exciting for me to specifically go to a place where whales just like to be whales, and are very good at it if I might add.

Well prepared and guarded for disappointment I happily boarded the Dolphin VIII after a sunrise drive out to the very tip of Cape Cod.

Spouts.  Flukes.  Mothers.  Calves.  (even whale poop).  Not a drop of disappointment for miles. 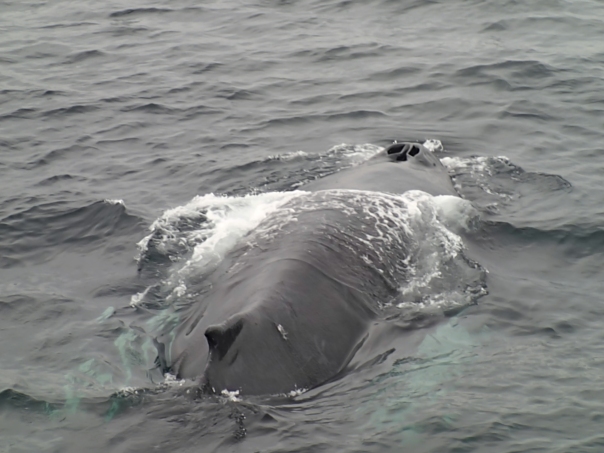